What's the meaning of the phrase 'Have an inkling'?

Have a vague intimation of; have a slight knowledge of.

What's the origin of the phrase 'Have an inkling'?

Clearly the understanding of the source of this little term is based on knowing what an inkling is. It sounds as though it might be something small, like a jot or a tittle. It also seems to exist in the same neck of the linguistic woods as the names of other minor sensations, like tingling or tickling. We can tingle or tickle, but we don't inkle, so where did inkling derive from?

These days, there isn't much we can do with an inkling other than to have one. In the 13th century, when the word was coined, inklings weren't had, they were heard. Inklings, like tinklings, were small sounds. Specifically, an inkling was an indistinct hearing of the use of one's own name. 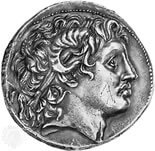 This meaning is demonstrated in the earliest known use of the word, in the Alliterative Romance of Alexander the Great, circa 1400–50:

"[Alexander] Herd a nyngkiling of his name, & naytis him [exerted himself] to ryse."

So, if you heard an inkling your senses were alerted to listening for something that might interest you and it is that sensation that has led to our current usage of the word. To be more accurate, in the 13th century you would have had a ninkling rather than an inkling. Inkling is one of those nouns that were originally spelled with an 'n' at the start of the word but later lost it in everyday speech. In this case, sometime in the 16th century, 'a ninkling' became 'an inkling'. Other examples of this are 'a napron' and 'a nadder' [snake]. This reformation of words is called metanalysis and these 'n' examples of it are difficult to explain fully. There are examples of words going in the other direction, that is, adding an 'n'; for example, 'an ekename' is now 'a nickname' (eke means also) and 'an ewt' is now 'a newt'. Other examples, like 'nangry' where the originally spelled 'angry' gained an 'n' but then failed to become publicly accepted, show how precarious such changes are. Curiously, the most commonly heard example of an English word losing its initial 'n' happened in France rather than England. The French obtained 'orange' via a route through several languages, ultimately from the Sanskrit 'naranga', and 'une narange' became 'une arange'. By the time oranges appeared in England they were already oranges - there never was an English word noranges. On to more inventive metanalysis from Duck Soup:

Chico: What is it that has a trunk but no key, weighs 2,000lbs and lives in a circus?
Prosecutor: That's irrelevant!
Chico: A relephant. Hey, that's the answer.