What's the meaning of the phrase 'Indian summer'?

An unseasonably warm, dry and calm weather, usually following a period of colder weather or frost in the late Autumn (or in the Southern hemisphere, where the term is less common, the late Spring).

What's the origin of the phrase 'Indian summer'?

The origin of other 'Indian' phrases, like Indian giver, Indian sign, are well-known as referring to North American Indians - who prefer to be called Native Americans or, in Canada, First Nations.

The term Indian summer reached England in the 19th century, during the heyday of the British Raj in India. This led to the mistaken belief that the term referred to the Indian subcontinent. In fact, the Indians in question were probably the Native Americans. That term began use in the US in the late 18th century.

It could also be the case that, when using the term 'Indian' the early users of the expression weren't referring to any particular race of people at all. It may be that they were just using 'Indian' as a synonym for exotic - like we might do with 'it's all Greek to me' or 'double Dutch'. 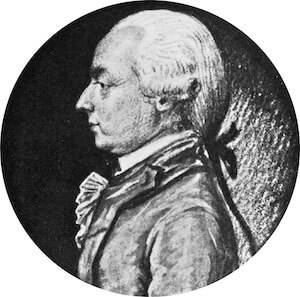 Indian summer is first recorded in Letters From an American Farmer, a 1778 work by the French-American soldier turned farmer Michel-Guillaume-Jean de Crèvecoeur:

"Then a severe frost succeeds which prepares it to receive the voluminous coat of snow which is soon to follow; though it is often preceded by a short interval of smoke and mildness, called the Indian Summer."

There are many references to the term in American literature in the following hundred years or so. In the 1830s Indian summer began to be used figuratively, to refer to any late flowering following a period of decline. It was well enough established as a phrase by 1834 for John Greenleaf Whittier to use the term that way, when in his poem Memories he wrote of "The Indian Summer of the heart!". Thomas De Quincey, republished in Bentley's Works of Thomas De Quincey, 1855, wrote:

"An Indian summer crept stealthily over his closing days."

In his story The Guardian Angel, 1867, Oliver Wendell Holmes mentions "an Indian summer of serene widowhood".

The English already had names for the phenomenon - St. Luke’s Summer, St. Martin’s Summer or All-Hallown Summer and the French also referred to l'été de la Saint-Martin. These have now all but disappeared and, like the rest of the world, the term Indian summer has been used in the UK for at least a century. As a climatic event it is known throughout the world and is technically called a weather singularity, that is, a climatic event that recurs around the same time of year. The frequency, depth and longevity of the weather pattern is clearly dependent of geography. It is most frequently associated with the eastern and central states of the USA, which have a suitable climate to generate the weather pattern, that is, a wide variation of temperature and wind strength from summer to winter. Many of those states are also famous for their areas of hardwood forest, which show up well during Indian summers when the leaves have already begun to turn and the sun is shining.

Why Indian? Well, no one knows but, as is commonplace when no one knows, many people have guessed. Here are a few of the more commonly repeated guesses:

The incidence of Indian summers has increased significantly over the past decade or so (in the UK at least - I can't speak for other countries) as one symptom of the unstable weather caused by global warming. The Native Americans espoused, and lived, a life of harmony with nature that is now being put forward by supporters of Deep Green philosophy and the Gaia Theory as a solution to the world's climate problems. It is ironic and sad that they should have given their name to something that has now become associated with global warming.