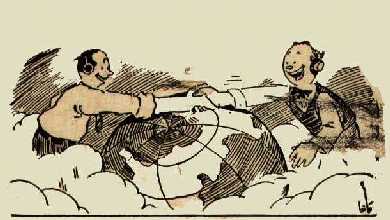 : Is there something on an old radio where 5 was the strongest signal or something? And why two number?

From a number of ham radio sites;

"The term five by five refers to the two measures of signal strength and readability; it is derived from older HAM radio instruments that were scaled from zero to 10 with 10 being the strongest. A five by five would be interpreted as 50 percent signal strength and easily readable, perhaps with some static or band clutter. A 10 by two would have a strong signal, but be broken and hard to understand, while a two by 10 would contain a weak signal, but be perfectly clear. A 10 by 10 would be very strong and crystal clear."